LACNIC announces that the first edition of the Life Achievement Award (2009) has been presented to Mrs. Ida Holz, Head of the Central Computer Service of the University of the Republic, Uruguay.

The Life Achievement Award is a LACNIC initiative that aims at honoring and rewarding those individuals who have made significant contributions to the development of the Internet and the Information Society in the region of Latin America and the Caribbean.

In addition, the Judging Panel has decided to award a honorary mention to researcher Mrs. Amy Mahan in recognition of her contribution to the development of the Internet, just a few months after her passing. 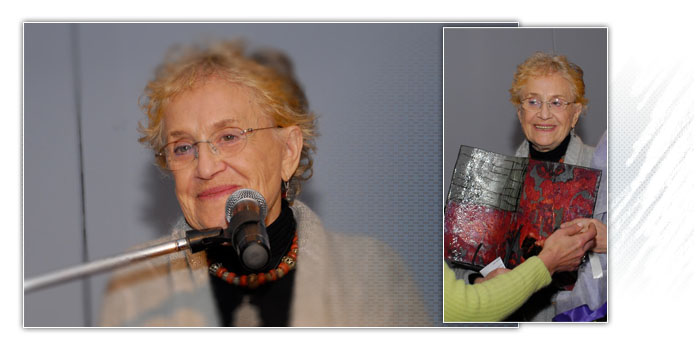 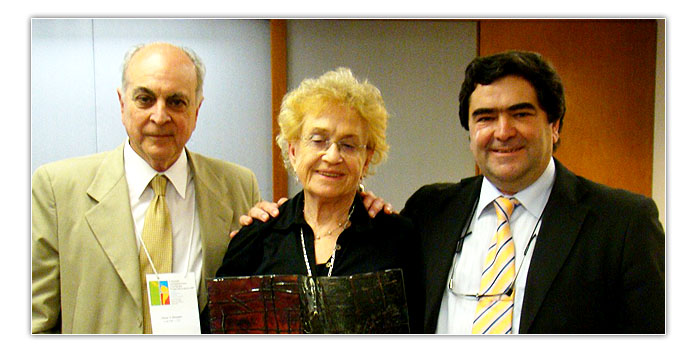 In the early 1970s, Ida Holz was part of the first generation to graduate with a university degree in Computer Engineering from the University of the Republic – an institution where she continues to work to this day. This would signal what she has been during her entire life: a pioneer.

In 1987 she took charge of the position she holds to this day. From that position she began developing the Uruguayan Academic Network and later, in the early 90s, its connection to the Internet. Ida has played a key role in the development and evolution of ICTs in Uruguay. Since 2005, she is a member of the Board of Directors of AGESIC (the Uruguayan Agency for the Information Society), from where she has actively contributed to the success of the "Plan Ceibal", the Uruguayan version of the "One laptop per child" program.

Although Ida's role in Uruguay has been extremely relevant, her most significant contributions have been at regional level. During the early 1990s, she was part of the group of regional Internet pioneers whose collaborative efforts in search for critical mass and cooperation made possible the development of the first national networks that served as a basis for the development of what has become the Internet in Latin America.

Ida has been untiring in her efforts to maintain communication between Internet promoters, builders and operators in Latin America and the Caribbean so that they can come together and work in cooperation, contributing technical knowledge and spirit of collaboration, and prioritizing community service.

Ida Holz has been a relevant individual who during the past 20 years has permanently contributed to the development of ICTs in Latin America. The relevance of her work is commendable, not only for the concrete results she has achieved but also for the example it sets for the entire community.

In the first edition of its Life Achievement Award, LACNIC is granting this posthumous honorary mention to acknowledge her work and contribution to the development of the Internet, particularly her support of research in Latin America and the Caribbean.

The ICTs for development community has lost one of its most outstanding members. On May 5, 2009, Amy Mahan died in Montevideo at the age of 47, at the peak of her professional career, after a brief battle against cancer. She is survived by her partner Bruce Girard and her daughter Danielle.

Amy was a noted scientific researcher, technical editor, writer, consultant and coordinator of different initiatives relating to communication technologies for development. Originally from San Francisco, USA, her career was marked by her participation in global and regional initiatives, by her support of different projects and initiatives around the world, by her commitment to the right to information and communication as the basis for social and human development, and by her collaborative work at international level.

Her work focused mainly on the areas of telecommunications system reforms and the development of public policies in developing countries. This commitment could always be evidenced through the depth and diversity of her research work, along with her rare capacity to edit and develop novel dissemination strategies which she used to promote the results of her investigations and facilitate their understanding. Amy fervently believed that the greatest weakness of the research process lies in its dissemination, and amply proved her creative capacity to innovate in this area and broaden the effectiveness of all the research projects in which she participated.

She has left a legacy to our region in each one of her contributions to the investigation of new information and communication technologies, digital inclusion and the use of emerging technologies in digital inclusion, with dozens of research projects devoted to the analysis of regionally relevant proposals published by LIRNE and COMUNICA; her support of the creation and development of networks such as DIRSI; and her struggle for regulators and regulations to use metrics that are more adjusted to the reality of our countries and a poor man's perspective, published in her works for RegulateOnline, which undoubtedly represent a significant advance for Latin America and the Caribbean.