The main goal of the +Raices project is the installation of anycast root server copies in various countries of the LACNIC region. By installing these servers at strategic locations throughout the region such as IXPs (Internet Exchange Points) and NAPs (Network Access Points), the project seeks to achieve greater resiliency for one of the Internet's most critical resources, the DNS. It provides redundancy and reduces vulnerability, allowing a better response in case of potential DDoS attacks or infrastructure failures that could render certain root servers inoperative.

LACNIC's role is to coordinate with host organizations and those providing the root servers, as well as to promote these new root servers. In certain cases, LACNIC may sponsor the installation of a root server copy.

This initiative is part of LACNIC's ongoing role as a promoter of regional Internet development. The +Raices project helps strengthen global Internet infrastructure and stability. In other words, it broadens the scope and improves the strength and response times of the DNS system (an essential part of Internet infrastructure) at both regional and global level. For this reason, LACNIC has signed the following agreements:

The Domain Name System (DNS) is based on a hierarchical tree-like structure in which millions of servers worldwide have part of the information needed to make the system work.
At the root of this system there is not one but thirteen servers performing this function, each of which is identified with the letters A to M. These thirteen servers share the same hierarchy, and none is subordinated to another. Ten are in the United States, two in Europe and one in Japan.

Anycast has long been used to announce the same prefix from several different locations. The routing system can then identify which location is closest to each user. A few years ago, this technique began to be used to create root server "clones," thus overcoming the technical limitations that do not allow implementing new logical root servers.
Users only see the root server closest to them, not the original server or other copies. This increases the system's efficiency while providing greater security and stability. If for some reason an anycast copy of a root server fails, users will automatically start seeing other copies or other root servers.

How to participate in +RAICES

If you would like to host an anycast root server copy, please contact LACNIC at raices@lacnic.net. In order to better process your request, we recommend providing a brief description of your organization and how it connects to the Internet. 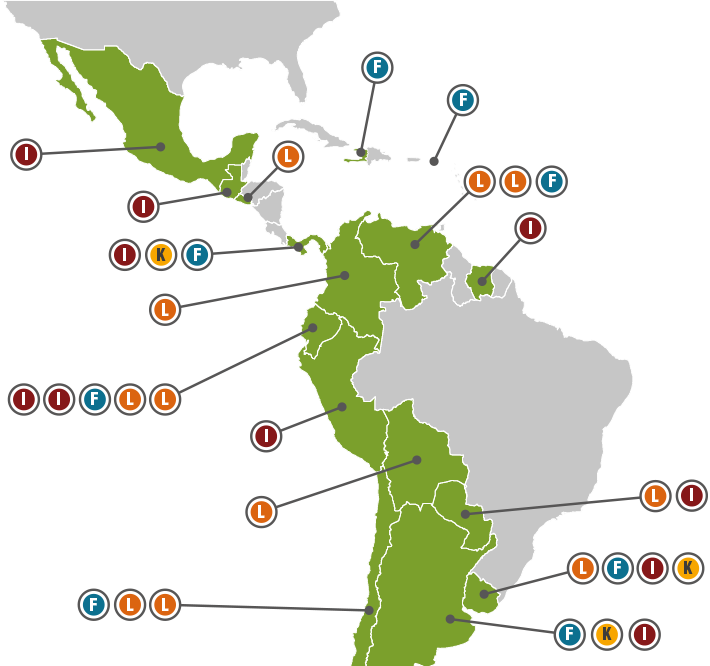 IPv4 and IPv6 connectivity are both required. The host organization must provide:

This BGP session will be used to announce the anycast prefixes, which for the K root server as follows:

Anycast prefixes announced together with the as-path are as follows:

For the deployment of a L instance under the L-Single program, the purchase of L-Root appliance is required.

Report: Use of DNS Root Servers in Latin America