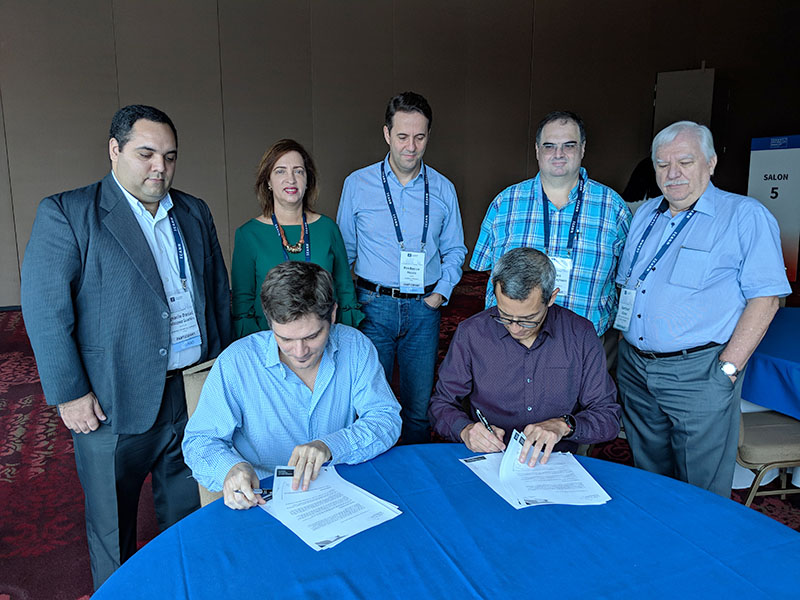 LACNIC, the Latin American and Caribbean Internet Addresses Registry, has signed an agreement with LACTLD (the organization that groups the region's ccTLDs) allowing LACNIC to use LACTLD's anycast cloud as DNS infrastructure. The signing took place on June 27, within the framework of the ICANN 62 meeting in Panama.

This agreement is another collaboration initiative between the two organizations and complements the agreement signed in December 2016 through which LACNIC participates in the administration of this project.

LACTLD's anycast cloud is a regional cooperation effort by which the ccTLDs of Latin America and the Caribbean seek to enhance Internet robustness and resilience in the region.