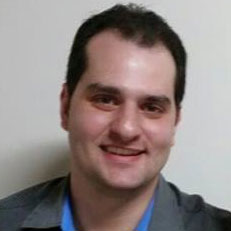 Graduated as Computer Engineer from PUC-Campinas in Brazil, worked in Managed Services, Infrastructure and Datacenter companies in the European market for more than 7 years and in projects in countries such as the United States, Italy, Spain, France, Germany and Switzerland.He held positions of Coordination and Technical Leadership of the work of the Systems Engineering, Storage, Networks and Infrastructure Architecture team. He was also responsible for the Research and Development of New Products and Technologies to be incorporated into the company's portfolio.Was the architect responsible for the implementation of a company's Global Cloud Enterprise project in Europe.He attended the extension program in the area of Business Administration at the School of Business of Cranfield University in England. In Brazil holds an MBA in Business Management from Fundação Getúlio Vargas.Working in Brazil, he held the position of Engineering and Infrastructure Manager responsible for the company's servers and infrastructure, supporting multiple operations such as CDN, streaming, cloud and mitigation for DDoS attacks as well as the expansion of the company with the establishment of the PoP of Miami. Has worked in the area of Engineering and Infrastructure Projects for Datacenters and Internet Providers.
He is the Executive Secretary of Brasil Peering Forum.