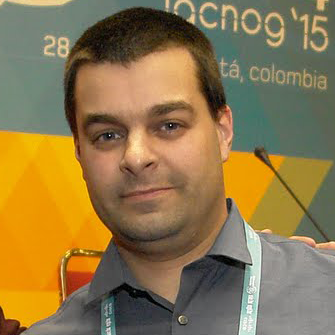 He currently serves as a Minister Advisor in the Ministry of Industry, Energy and Mining of Uruguay.

He was a Professor in the Faculty of Engineering of the Unversidad de la República and is currently teaching in Universidad ORT, in Montevideo, Uruguay. Between the years 2003 and 2015 he served as an Engineer in Antel, a telecommunications company in Uruguay.

He is a founding member of the IPv6 Task Force Uruguay group, of theuruguayan GOLD Group of the IEEE and the chapter ISOC Uruguay of the Internet Society; as well as a founding member of the Group of Latin America and Caribbean (LACNOG) network operators He served several years as a moderator of Lacnic's Public Policy Forum. He is a Crypto Officer for the process of signing the root of the DNS system (selected by ICANN and by the Internet community as trusted community Representative).